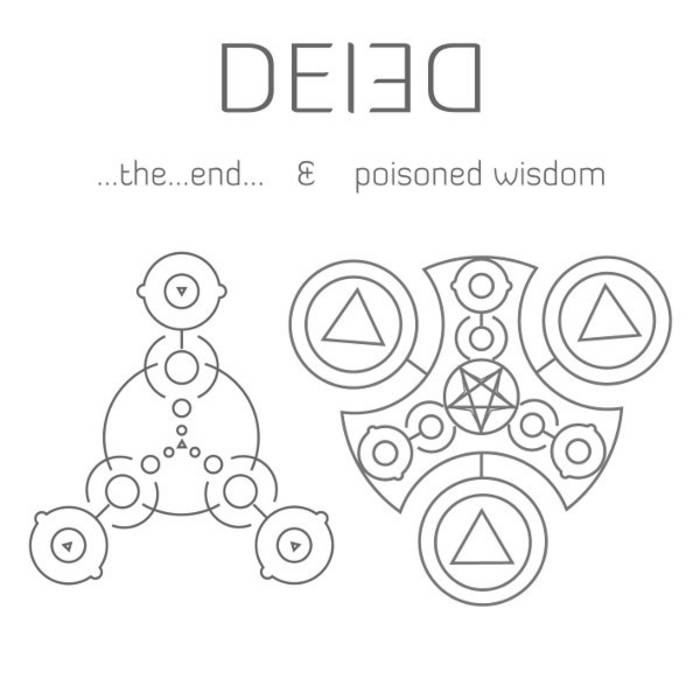 Since 2007, Deied have released countless tracks under the Creative-Commons-License. Their earnings are the applause and the donations by their listeners. All their songs are appear dark and gloomy and always transmit a certain "Insanity". "...The...End...& Poisoned Wisdom" as Chapter 1 and 2 of the Trilogy Pt.1 includes 19 tracks with a musical tension zone between NIN, Laibach and Velvet Acid Christ. Sometimes aggressive ("Evil Mind"), sometimes melancholic ("Ancient Rites & Imported Gods") and sometimes in a dark Goth-Style ("Schattentanz & Morning Sun").

The Double-EP with the included additional tracks "Masses Have To Move" and "Get Out Of My Head" is available via Bandcamp as well as in all well-known music-download-stores.

Bandcamp Daily  your guide to the world of Bandcamp